Why are leading airlines embracing WhatsApp? 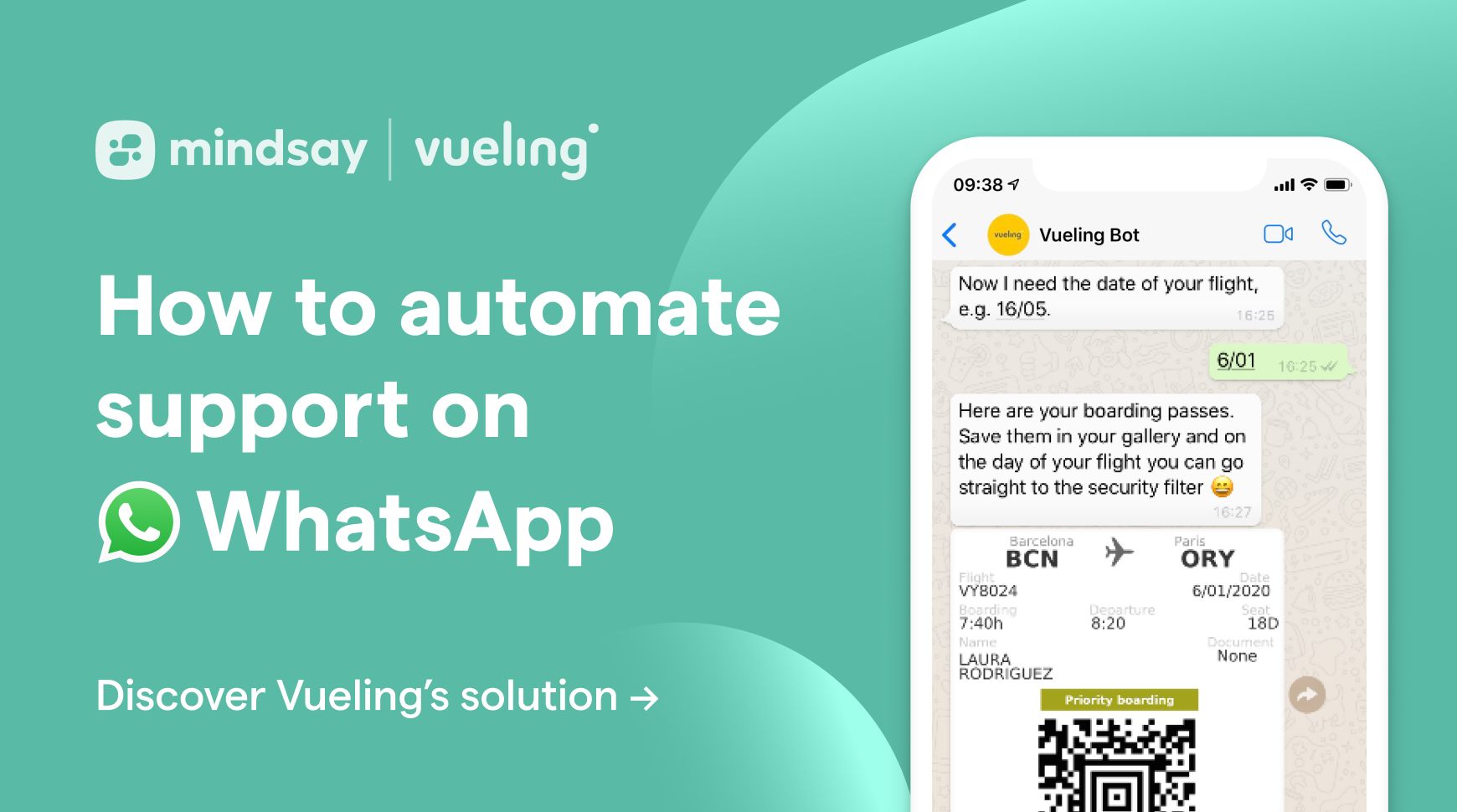 The way that people communicate has changed dramatically over the past two decades. We've gone from communicating through phone calls and letters to emails, video chats, text messages, social media, messaging apps, and more.

The shift in the way that people communicate with one another has also spilled over to how they interact with companies. No one is sending letters and calling has become more of a last resort.

The airline industry is one of the most service-intensive industries around. It's also one of the most competitive. It should come as no surprise that airlines are leading the way in expanding and improving their customer support. They don't really have a choice. If they don't, their future is at risk.

WhatsApp is open for business

WhatsApp is the most used messaging application in the world. Founded in 2009, WhatsApp has 1.6 billion active users who send more than 65 billion picture, voice, and text messages every day.

With one in every five people on the planet using WhatsApp, there is a huge opportunity for businesses to engage with their customers. However, up until recently, companies had no way to communicate with their customers on WhatsApp. Then, in August 2018, WhatsApp released its Business API, finally allowing organizations to provide support on the platform.

WhatsApp as a customer service tool for airlines

If a company wants to provide excellent customer service, it's important to be where their customers are. Being present on WhatsApp allows airlines to do just that.

Customer experience has become increasingly important in the airline industry. People don't want to be forced to call then put on hold. They want responsive support on the channels that they like using. Airline customers are more digital than ever so providing support on WhatsApp and other messaging platforms is a great way for airlines to give their customers the kind of support they've started expecting.

By making themselves easy to contact on WhatsApp, airlines ensure that they can meet their customers' expectations while providing better, more customer-centric travel experiences. The better a customer's travel experience, the more likely that they'll fly with that airline again.

Getting started on WhatApp isn't hard. An airline just needs to set up its business phone number and apply for the WhatsApp Business API. Once accepted, the airline can begin creating its profile.

While new support channels are great, they don't necessarily address all of the major issues. For airlines, that issue is support costs. For customers, it's responsiveness. Assisting customers on WhatsApp without any other tools still requires human support agents. As agents are only able to handle so many requests at once, airlines are faced with the prospect of hiring additional staff while customers will still have to deal with delays.

The answer to this dilemma is automation. But how can you automate conversations? That's where chatbots come into the picture.

How Vueling is automating WhatsApp support

Vueling is one of the first airlines using an AI-powered chatbot to provide automated customer service on WhatsApp. Understanding their customers' changing support preferences, Vueling set out to build an automated virtual assistant for WhatsApp with the help of Mindsay.

Their virtual assistant is multilingual, speaking both Spanish and English, and is ready to help customers with most of their requests. If someone wants to switch languages, the bot can seamlessly alternate between English and Spanish within the same conversation.

Vueling's bot allows passengers to check-in using WhatsApp, retrieve their boarding passes directly on their smartphone, and review their flight status. The chatbot is also able to answer many of the most frequently asked questions, like baggage allowance information.

Thank you! Your submission has been received!
Oops! Something went wrong while submitting the form.
Related articles
Bots

Did you know that insurance companies who offer great customer service generate 2 to 4 times more revenue and 30% higher profits than competitors?

4 ways to use chatbots in the banking industry

Discover the 4 easy-to-automate use cases that banks can manage with chatbots.

5 COVID use cases to survive in the travel industry

If a travel company can quickly resolve these 5 issues through self-service and automation, they’re going to be in a good spot.